Here are the loglines beta.openai.com created for Jaws, Die Hard and Inception.

When a giant great white shark terrorizes a New England beach town, a local sheriff must team up with a marine biologist and a grizzled fisherman to hunt down and destroy the beast before it can claim any more lives.

When terrorists take over a high-rise office building and hold hostages, including his estranged wife, a wisecracking cop must use all his cunning and resourcefulness to take down the villains and save the day.

To clear his criminal record and reunite with his children, a skilled thief must pull off the impossible heist of planting an idea in someone’s mind by infiltrating their subconscious through dream manipulation, but as the layers of reality blur and the stakes become deadly, he must confront the demons of his past and decide what is real and what is not.

Despite the seeming complexity of Inception, all three films above are still fairly simple to summarise, particularly given that there are examples of these films online.

So I tried Everything, Everywhere, All At Once.

This was the reply:

Then I was bold, and decided to feed a 1,100-word synopsis to the machine.

I knew that the machine would NOT have seen examples of loglines for this film, and any logline would be entirely the result of its own learning of the principles of logline-writing.

So here we go:

Evelyn Wang (Yeoh) is a Chinese-American woman who runs a struggling laundromat with her husband, Waymond (Quan). The business is being audited by the IRS, which has caused rising tensions on the eve of the Chinese New Year. Furthermore, her father, Gong Gong (Hong), has just arrived from China and is living with them. As she sorts the receipts on the dining room table before their IRS appointment, she does not notice Waymond’s attempts to serve her divorce papers. Her daughter, Joy (Hsu), and her girlfriend, Becky (Medel), arrive, as Joy is meant to help breach any language differences at the IRS meeting. Evelyn is still struggling to accept her daughter’s lesbianism and is reluctant to introduce Becky to Gong Gong. After he comes down the stairs into the laundromat while she is dealing with a customer, Evelyn introduces Becky as Joy’s “good friend,” causing them to storm out.

In the IRS building elevator, Waymond’s personality changes when he is briefly taken over by a version of himself from the “Alpha Universe.” Upon being connected to a headset, Evelyn sees an overview of important moments from her life: her father’s disappointment at having a daughter, meeting Waymond, her family renouncing her for marrying him, buying the laundromat, and having Joy. Alpha Waymond explains that every decision creates a new parallel universe and that they may be in danger, then he gives her a list of instructions on the back of the divorce papers. Sitting down with IRS Inspector, Deirdre Beaubeirdra (Curtis), the Wangs are scolded about their stacks of receipts and tax-deducted items. In accordance with Alpha Waymond’s instructions, Evelyn swaps her shoes to the opposite feet, imagines herself in the janitor closet, and then clicks the green button on her headset. She is pulled backwards into the closet where Alpha Waymond awaits to further explain that she is an important woman in his universe that discovered “verse-jumping.” Before he finishes his explanation, however, Evil Deidre pulls him through the door and breaks his neck. Back in the real world, Deirdre agrees to allow them another chance to turn their receipts in again by 6pm, but fearing another attack, Evelyn punches her in the face. Furthermore, she realizes that her instructions were written on the back of divorce papers that Waymond had already filled out. Alpha Waymond returns to fight off the security guards and take them to the break room. He explains that they are being chased by Jobu Tupaki, a woman whose mind was overloaded and splintered after being pushed too hard by Alpha Evelyn. Now she can verse-jump and manipulate matter at will, but has become a being of pure chaos and evil.

Alpha Waymond explains that verse-jumpers can access skills, memories, and bodies of their parallel universe counterparts by performing a statistically improbable action that slingshots them towards that universe. Upon being attacked in the stairwell by Evil Deirdre, Evelyn is able to tap into a universe in which she did not meet Waymond and instead became a kung fu master and movie star. She is able to fight off Evil Deirdre, but Jobu Tupaki approaches and Alpha Waymond is knocked out. It is revealed that Jobu is actually Alpha Joy, and she kills all of the security guards sent to arrest Evelyn. Jobu shows Evelyn the “everything bagel” black hole that she has created with which she can potentially destroy the multiverse. Alpha Gong Gong arrives before Evelyn is sucked into the black hole, but he wants to kill Evelyn to prevent her mind from further fracturing. Waymond and Joy return to themselves and are confused by their predicament, which Evelyn futilely attempts to explain. Alpha Gong Gong tries to get Evelyn to kill Joy, but she refuses, instead opting to become more like Jobu so that she may have enough power to defeat her. Alpha Gong Gong calls all of the nearby verse-jumpers to come kill Evelyn, but she is able to use the skills and memories from her multiverse selves to defeat them all. Unfortunately, Alpha Waymond is killed by Jobu in the Alphaverse before he is able to kiss Evelyn goodbye. Right after, Evelyn’s mind fractures from the stress of splintering herself and she dies.

Evelyn’s mind splinters across the multiverse and she witnesses many bizarre universes: one where she spins signs for a living, one where she has hot dog fingers and is dating Deirdre, and one where a fellow teppanyaki chef is controlled by a raccoon. Jobu once again finds Evelyn and explains that she is not trying to kill her. Instead, she created the “everything bagel” to destroy herself because she is tired of never being present in any one universe; she merely wanted someone to accompany her into the unknown. Evelyn stares into the bagel and accepts Jobu’s nihilistic view that “nothing matters.” She begins being cruel and uncaring in other universes, including using her loved ones, disregarding her responsibilities, and even stabbing Waymond. She nearly accepts Jobu’s offer to enter the bagel, but stops when she hears Waymond still fighting for her. In every universe, even when she hurts him, he defends and cleans up after her. He explains that his optimism is not naivete, but rather a conscious choice to be kind, since “that is how [he] fights.” Evelyn resolves to fight more like him and defeats Jobu’s minions by sifting through the multiverse, discovering what is causing them anguish, and helping them find happiness. In the Tax-Universe, Evelyn confronts Gong Gong about his life-long disappointment in her and finally stands up for herself and Joy. Finally Evelyn reaches Jobu and attempts to pull her back from the brink, but Joy cries out asking Evelyn to just let her go. Evelyn does so for a moment before pulling her back and telling her that she will always choose to be with her, regardless of everywhere else she could be. While Jobu initially rejects Evelyn’s hand, she reaches back from inside the bagel and returns to embrace her.

Back in the Tax-Universe, the family dynamics are noticeably improved as they prepare to go back to the IRS Office. Evelyn and Waymond kiss in the lobby, in what is clearly their first romantic moment in a long while. Deirdre seems impressed by the work that they have done, but explains there is still more to do before they are out of the woods. For a moment, Evelyn begins to drift off to check in on her other universe selves before she is pulled back and grounds herself in her home universe.

At first, I was unsure if it was going to accept such a long input.

But it was not done…

The good news is that you can focus on the story.

AI will look after your logline. 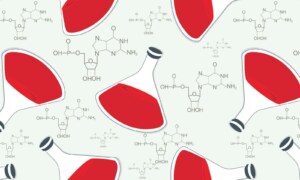 The Case For An Updated Formula