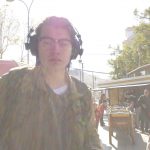 Loglining a plot with multiple protagonist requires specification of a unifying theme which becomes: “passionate pursuit of morally unacceptable love” Which sounds great to me! And the title is refreshing

“..changes the course of..” can be dropped

Suggested Format —
When a traffic accident makes “three characters” realize that their passionate pursuit of love is morally unacceptable, they must [achieve this goal]

By Alejandro González Iñárritu ???? Must Watch!!

Yes! Is a very good movie. I love it. and I was wrong to select category, it was classical category.

ha!! It was “examples” category

This is a film that as a whole defies reduction to the standard logline formula.  The film interweaves  the separate lives and loves of three principals.   The primary plot line that dominates the 1st hour is about a young man who acts like a cue ball  breaking the rack of the other principals.  That is,  his life literally collides with the other two, sending the trajectories of their plots in different directions than the ones they originally intended.

All the while,  the “cue ball” character remains steadfast in his objective goal. So, focusing only on the character whose goal remains unchanged:

A young  man plots to win enough money from dog fighting to flee town with the woman he is madly in love with, his brother’s wife.
(26 words)

One common denominator among the principals is that they own dogs.  Dogs play pivotal roles in all 3 plot lines.