After a plane crash strands him on a remote island, a hard-driving Fedex executive, who never had time for a personal life, now has all the time in the world to merely survive.

I liked the polarity of the theme of time:  he goes from not having enough time to having too much.

His first priority is to merely survive.  Escaping comes years later, out of loneliness and desperation, and after he has acquired the rudimentary skills to build a raft.  (The biggest breakthrough in the 1st 1/2 of Act 2 is the ‘simple task’ of building a fire.)

What I particularly admire about the film is the last act.   I would love to have been a fly on the wall in the meetings where the  studio suits demanded that the script have a happy Hollyweird ending.  A newbie couldn’t have won those arguments.  But the director and writer had the clout to prevail.  (Although, it took a number of rewrites for them to  figure out how to achieve some kind of closure.)

A logline shouldn’t deal with an internal goal. It should focus on the objective goal. The subjective goal can be hinted at but, visually speaking, if you said “makes an internal journey to the heart of what drives him” I’d be asking what that looks like on screen. “Survival on a desert island” I can picture no problem. It’s all about a reader understanding the plot. It’s designed to give producers an idea of budget, locations, cast, etc, etc. or in marketing to tell someone what sort of film they would be watching.

I didn’t see the “personal life” as the relevant bit. It was the “no time” that was key. That sets up the end of the logline. He didn’t even have time for a personal life before and now he has so much time to fill. The fact he didn’t make time for his personal life before this happened also sets him up with regret for him to deal with. That’s the bit that hints at the internal journey.

Your comments did make me think about writing loglines for established movies. It’s interesting reading your thoughts knowing you haven’t seen it. It also made me think about using the theme within a logline. Food for thought!

I’d highly recommend the movie! Tom Hanks is outstanding, what the writers did to ensure the audience knew his state of mind both visually and through dialogue was really clever, and, as dpg pointed out, the non Hollywood ending was really refreshing. > A logline shouldn’t deal with an internal goal. It should focus on the objective goal.

Yeah, I wouldn’t use my cheesy suggestions as the full goal. More than happy to agree a good logline hints at the internal journey, but I’m not getting that hint from this example, is all. ‘… a FedEx dude with no time for family must use all his time to survive … ‘ etc.

Great to have some Hanks fans here. I always liked his work in Bosom Buddies.

I haven’t seen that one, I’ll add it to the list! Thanks.

I love how he never had time but now has all the time in the world to..

Also, couldn’t be more succinct with the inciting incident and his objective goal. Truly a great job with this! 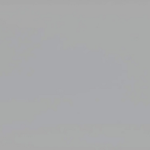 Is it worth suggesting that he also proactively tries to get off the island? He doesn’t just accept he’s stuck.

I don’t respond to ‘merely survive’ as an intriguing goal. I think there’s something more thematic available. Like: has to make a journey inside; travels inside to confront his own …; makes an internal journey to the heart of what drives him; finds a new way to live. Cheesy? Sure.

Also I feel like ‘no time for a personal life’ isn’t quite the journey, because surely he has no personal life as a castaway either? So there’s no progress or answer or response. Maybe he’s trying to outrun himself/his ego/his sense of self-worth when he hits the island and now he can’t run any further, and his challenge is personal. (The FedEx role seems spot on, thematically.)

An external goal AND an internal goal would be ideal, of course.  He must find a way to survive the empty island while confronting the emptiness he feels inside. Or whatever it is he does. Or similar. I haven’t seen the movie, so can’t offer more.

>>> I don’t respond to ‘merely survive’ as an intriguing goal

FWIW: The movie was a pet project of Tom Hanks.  He wanted to make a movie that showed what it would really be like to be stranded on a remote island.  So Hanks hired screenwriter William Broyles Jr. to write a script then brought the project to director Robert Zemeckis.

>>because surely he has no personal life as a castaway either?

True, but  before the crash he at least had the choice, the possibility of a personal life. He tried to juggle both his work and his personal life, but when the two were in conflict, work won out.  That’s how the story is set up.  His beeper goes off, calling him to the fateful flight,  while he’s sitting at Xmas dinner with his family and his fiancee.

> FWIW: The movie was a pet project of Tom Hanks.

Yeah, that’s cool. I know the movie. My comments relate to this particular logline, which doesn’t quite nail the potential intrigue of a survivor story, IMHO.

> True, but  before the crash he at least had the choice, the possibility of a personal life.

Sure, but that’s not coming across to me in this logline choice.

Perhaps changing it to “never makes time for his personal life”? Then it seems like an active choice.

Respectfully noted.   We all respond differently.  I think the emotional and thematic “juice” exists in the Act 3, in the resolution of the “B”  (relationship) story.  But that is beyond the scope of a logline.

In crafting loglines for movies based upon scripts by others, I am sometimes torn between a logline that reflects how I wish the plot had been framed and how I perceive the plot was actually framed.

“Never makes time…” is an interesting word choice.  Ultimately, characters in reel life and real life have to own their choices.  And the Tom Hanks character is very proactive in his job, a gung-ho, high energy leader of others.  But it is often the case that initially characters cave into the expectations of others, or the demand of their jobs.  That’s the choice they make, but they rationalize that they had no choice.

Totally fair, dpg. Have you done a logline for Up in the Air (2009)? Intrigued by a similarity of theme…