When he finds a cowardly family-man accidentally locked in their 9-way assassin’s battle royale to win a contract paying enough to retire with, a moral veteran must keep him alive whilst eliminating the competition.

Version 1// After accidentally stumbling into an assassin’s deathmatch to win a contract paying enough money to retire with, a cowardly accountant must team up with a veteran hitman for a chance to survive the night.

From this logline, I am not sure what makes your lead character a protagonist.

He stumbles into a deathmatch. That is, he didn’t do it pro-actively

His goal is just, to survive, again that isn’t really a pro-active goal

And the one thing he does is team up with a veteran hitman, (Someone who does have skill) which means he is relying on someone else to save him.

In other words, what makes your lead character a Pro-tagonist.

Yeah… I totally agree. The twist at the end though, is that this accountant is actually the 10th assassin and it’s all part of his ploy to get the money. I’m considering making the veteran the protagonist instead but I like the idea of the protagonist being the one who fools the audience as you’re then left feeling unsure how to feel about it. I totally understand your comments though, it’s been on my mind too – I’ve literally just typed the same thing on another’s logline haha.

Then the hitman who sets out to protect the cowardly assassin should be the lead character, only to be betrayed at the end (As a big reveal)

Pardon my ignorance of the pro assassin trope, but what is a “death match”?  Something pro assassins engage in between jobs to relieve boredom, keep their skill sets sharp, earn some pocket change?

I think that the denouement is a good twist —  but what you do conceive to be the story hook that grabs and holds and viewer’s attention until then?

Maybe I should use battle royale. It’s a last man alive wins the contract. It actually turns out that, although there is a contract, it was the accountant who set up the death match in the first place to eliminate the competition.

Hook-wise… it’s a valid point. For me, the thought of an odd couple (Mike from Breaking Bad type and a young Tom Hanks type character) is full of potential but I agree there needs to be more than that.

In both “Battle Royale” and “the Hunger Games” the players have no choice:  they MUST play or perish sooner rather than later.  It’s not clearly stated in this logline that  players cannot opt out. Which I presume is the case.  Or is it?

You’re right, they are trapped in there. I need to make that clear. The assassins believe they’re allowed to leave but the act 1 climax is the accountant and the hitman discovering they can’t.

Who is the protagonist? Is the character to be most empathised with the Accountant or the Assassin?

Currently the Accountant character sounds a bit pathetic – not relatable.  ‘Stumbling’ into a deathmatch/Battle Royale without reading the signs lowers character intelligence.  Luke Skywalker may not have had the courage at the start to save the princess, but he seemed like a bright kid!

So, Accountant and Assassin become unlikely allies. Reminded me of the film Zombieland when I first read it.  Coward character [teams up with]  Tough guy.

Which leads to the question of Antagonist or oppositional force? Filling in the gaps, my guess is more Assassins, but not clearly stated ….. 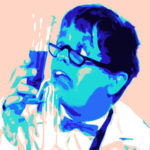 I’ve updated this logline based on the suggestions. Further comments welcomed.

Cool, btw you should make the accountant female 🙂

Let me go a step further…

One time (And only one time) during the script there should be talk about an uber assassin called, “The Black Widow” who is legendary for sleeping with her victims before she kills them.

So when the hitman thinks he’s won the competition and then the accountant betrays him, the audience will know that she was the “Black Widow” all along (Sort of like the usual suspects)

Hahahaha love it! I definitely did want some banter between the assassins as they’re trying to kill each other about another assassin they expect to be there. In a similar vein to Dirty Rotten Scoundrels. I very much see the ending like The Usual Suspects – flashbacks to him/her setting stuff up that comes into play during the course of the film etc.

Appreciate your feedback as always.

Where is this battle to the death set?  On an island?  Or…?

Currently, a multi-storey car park. Each assassin starts out on a different floor corresponding to the number they’re allocated.

Thumbs up – can see how suggestions helped.

Had the “Ah, I get it now” moment. So protagonist is the Assassin – much cooler! And cowardly/accountant/family-guy is the Victim and Boon (prize)… motivating primary character action during oppositional battle royale conflict.

Any psychological dimension to our assassin? No one’s perfect, we all have our faults. Maybe if he is a venten, then he has some unresolved past … Could help character be more likeable.