After being framed for the murder of two policemen, Peter, an inocent man with a criminal past, must fight to get his daughter back while running away from the revenge-driven police force and the angered population of the town that has been conditioned by the media to see him as a monster.

After being framed for a murder, an ex-con must evade the police, an angry posse and then prove his innocence or else his daughter… (what about her?)

Cut this down to the essence. The problem I see is that he can’t “get his daughter” anywhere safe if he is still on the run. Who has her, if anyone?

What’s the ticking time bomb and what’s the stake/goal as it relates to his daughter? 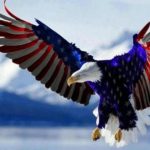 If his goal, is to get his daughter back, the inciting incident should relate to that.

“After his daughter is taken from him, a father framed for murder must…”

Must fight to get his daughter back …. is too vague. Is he taking her on the run? Is it an actual fight, if so, with who?

Thank you for your comments.

After accidentaly killing two policemen, Peter, an ex-convict trying to change his ways, must elude the revenge-driven police force and an angered population conditioned by the media in order to get his daughter before leaving the country.

When I unpack this logline, I conclude that his objective goal is to regain custody of his daughter.  All the other elements constitute complications, barriers, snares and pitfalls that stand in the way.

So how does accidentally killing 2 cops make him suddenly decide; “Hey, I must have custody of my daughter”?  If the accidental killing is indeed the inciting incident, then it implies he did not urgently seek custody of her beforehand.  So why now?

And where is the mother in all this?

Clearly it is still not phrased properly, but the idea is to have a film about a manhunt and the main character’s goal is to escape somehow, so he decides to leave the country. However, he wants to take his daughter with him, but she is being watched over by his ex-wife and the police.

How would you phrase it ?

I’ll have to think about it.   And I probably see the plot differently than you.

For example, I assume  that you  have dramatically justified his need to “steal” his daughter from his ex. That is, because she’s a lousy mother.  Not just lousy, but abusive.

Whatever. The audience must believe that it is better for the daughter to be with him than with her.  Especially since it’s his daughter, not his son.  Otherwise,  you don’t have a protagonist an audience will root for. Which mean the script is DOA.

So I suggest building the backbone of the plot (and logline) around the goal of “stealing” his daughter as a rescue mission, to rescue her from an bad mother.

But there are these nagging complications:  he’s an ex-con, and is on the lam for murderers he didn’t commit.