After losing his captcha, a tone deaf scientist must prove himself human in a music duel, or slave his life in an AI camp

????when bad guys stole his captcha, a good guy must prove his humanity in an AI labour camp to return home..

????after losing his captcha, a bio engineer at an AI camp must prove himself human with music he can’t play..

After losing his captcha, a worker must prove himself human or slave the rest of his life in an AI camp

For what it’s worth I like the combo of tone deaf and music duel. How relevant is him being a scientist?

got me! no relevance, maybe if he’s a skilled individual and fails to have any music sense, he’d look more like an AI (and it’d be harder to prove otherwise)

I’m open to other suggestions. Thanks

What might work here is that AI may have also learned to seem flawed to pass as human. Maybe?

The movie plot: it seems hazy and confusing.
In an AI driven world, a scientist is asked to compete in a music duel to prove himself being a human.
This does not seem clear. If your character is a scientist then he must end up justifying his prowess over technology. A scientist is always a known person in his workplace. Having trouble to prove himself as human is hardly any plot for your scientist character. Not only that you made your character tone-deaf. Double drop.
Why scientist, why not a worker. E.g., a depressed, exiled  worker who has been working in the AI camp, without any identity, is asked to prove himself a human. This can make sense. Now the plot  – of proving himself in a music duel is hard to pull. But this can be good if the particular AI section was a musical manufacturing unit and the said genre was drama/comedy.

Based on your comments: Your plot is based upon an assumption that the AI cannot compose music like humans.  What if you create a conflict where the character is not being taken seriously of him being a human. While your character roams around the labor camp, for week, trying to get attention or someone listen to his plea, he hears a musical competition which can attract attention of higher officials and get him out of there. So he decides to participate in the concert. He needs to train himself for music, during which he gets fascinated by the amount of intelligence a music requires. He enjoys it so much that he decides to actually compete in the music duel. He makes it his obsession that only if his music is loved, he shall contact the higher officials or else he may not, and remain among the laborers.

The scientist, the captcha and AI campus are a lot confusing to fit in a musical plot. Good luck for going forward with this.

>>>If your character is a scientist then he must end up justifying his prowess over technology…
~The more he justifies his prowess, the more he’s considered an AI (of replicant sorts)

>>>A scientist is always a known person in his workplace.
~Not always

>>>Having trouble to prove himself as human is hardly any plot…
~To prove himself human is a goal, governed by his meta goal “to return to his wife and kids”. I think it can create enough plot…

>>>Why scientist, why not a depressed, exiled worker who has been working in the AI camp
~That would be easy to prove human. Impassive could work since the plot will benefit from a taut characterization (harder to prove human sorts)

All great observations. Logline definitely lacks clarity, since the only question it must raise is “will our hero achieve his goal?”

This is just great, plotwise. Still need to workout how to work it out in the logline.

I agree. if the AI are replicant sorts, proving himself better musician than a clone is an interesting turing test…

All the best variable! 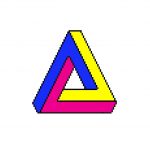 What’s his dramatic problem?  The power-that-be doubt he’s human, suspect he’s a clone, a replicant, a cyborg or whatever?  Is that ultimately what’s at stake– proving he’s a genuine homo sapien?

He’s the only human who can make Artificial brains

That’s not because he’s artificial

But because he used to sit with his dad, the creator of AI hippocampus

In a world where Humans and cyborgs are ranked by their artistic ability, a tone deaf scientist must win a music competition in order to avoid a life of servitude.

as the settings is rather unusual, it is necessary to details so the music duel and its consequence do not appears incongruous.
Also, I think failing a captcha sound better than losing a captcha. Like in Blade Runner, replicants fail the test for humanity.

When he fails a captcha test, a tone deaf scientist must win a music duel in order to prove he is human and avoid being send to a cyborg and AI camp.

thanks for the sound observation (pun intended)

I think, if you go ahead with this project, it would be good to get a consultant in. An expert on current AI with a good prognosis of how they’ll work in the future. With my limited understanding of this kind of science, I wouls assume, what they need to measure, is comprehension beyond what a machine can understand and in fact being flawed. A non artificial or purely randomized pattern of flawdness so to speak. Also, may, the ability to create something that a human can appreciate as harmonious better than an AI… which i where his tone deafness would make things interesting. (I’m better at getting characters into trouble than out lol)

Just wondering, is the AI in your world self-conscious? Would that be a game changer? Maybe an additional inner-journey or even deciding to free all those artificial “people”?

(I know, I mentioned the flawed, wanted to particularly stress, flawed in a non simulated way ????)

In any case, the logline really sparked my imagination. ????

If I don’t read some good subject books myself it’s all useless. To get some good authors on AI design would be well worth it. Will update better–more specific–logline only after that…

>>>to free all those artificial “people”
It would be really good to play with the theme in this direction, thanks

Sounds good! This feels to me like you’re on to something really exciting. I for one am thinking of District 9. Definitely worth tinkering with more. Thumbs up.