In a dystopian right wing world. A terrorist group is planting boxes holding either cash or explosives, opening it makes you rich or dead. A poor man and his friend find one and try to figure out what to do.

It is a completed script now called “Love, Money, Bombs”. It will be available on Script Revolution is a few days.

Here is a final logline. But would love suggestions

Two strangers discover a terrorist trap which is either a barrel of money or a bomb. One needs the money for his crime boss the other to escape poverty. They must open it to survive, but can’t bring themselves to do it.

Get rich or die trying.

1] Your latest revision may be a useful as a tool for developing the plot.  But you’re past the development phase.  You said the script is complete.  So what you need now is a marketing logline to pitch the script, one that emphasizes the story hook, one that grabs reader’s eyeballs, makes them want to read the script.

What you want now is a killer logline to pitch your killer script .  And let me make it clear that I think you have a killer premise.  (Otherwise I wouldn’t bother posting repeatedly on this logline.)

But, IMHO, your latest logline is not a killer, not an eye ball grabber.  As I said earlier, ending on the phrase “rich or dead” could be deployed as an effective button beat.  Or at least as a  concise statement of the dramatic dilemma. But it’s nowhere in sight.

2] I’m not enslaved to the idea that a logline must have one–and only one-sentence.  No exceptions. However, when a logline has more than one sentence, I suggest the logline is more effective if the cadence imitates the way a good joke is delivered.   That is, the first sentence sets up the premise.  The last sentence delivers a punchline,  ends on a button beat.

“They must open it to survive, but can’t bring themselves to do it”  is not a punch line, not a button beat.

3] However, I am “enslaved” to the notion that logline length matters– a lot.  Less is more effective, more is less effective. Your current version is 42 words long.    I am aware of your opinion as to what constitutes an acceptable logline length.  So I presume you don’t consider 42 words to be an issue  Well, you are entitled to your opinion.  But I suggest the facts, the statistical data, say otherwise.  And in any case, it can easily be trimmed to under 40 words.

Participants in a reality TV show have two hours to find and disarm a timer attached to ‘trick or treat’ boxes. When the timer reaches zero, either a lethal bomb explodes or acid dissolves a million dollars.

(37 words)
I think it  enhances the stakes if there’s the possibility of the money being lost as well as their lives.  And unlike the original logline,  it has an explicit sense of urgency, a ticking clock.

This would work as an ensemble film with the  climax and outcomes for all the characters being revealed in the final moments.  (And maybe they work in teams, too, so there can be  plenty of frantic and angry dialogue.

How many characters will the story need?  Well, here are possible outcomes:

For me the money is a way of pushing him into a problem he has to solve. The mechanics you mention gives the raising stakes. But the overall motive is failing me.

I am still struggling with the theme. I have the story and even the mood and tone in my head. But the theme, is escaping me. The central dramatic question. Something like “would you kill for love?”

I write around theme and question.  I can’t find it in this story.  I would appreciate if you would tell me the questions this logline poses for you (theme questions).

That’s if getting rich was his ambition. That would indicate he had already made up his mind. I need a question. With a question I can explore various answers.

Thanks you the suggestion.

I feel like if getting rich wasn’t his ambition, why would you go anywhere near the boxes in the first place? So maybe the question is simply how much are you prepared to risk to get what you want? Then whatever peoples motives for getting rich are (to pay for a family member’s surgery, to pay for their kid to go to university, etc, etc) you can see whether people are prepared to risk their lives for it.

I am thinking he is painfully poor. Just like everyone else. So he is ‘happy’ in the context of his society.

There are rich people, but no way of becoming one. That’s why the terrorists do it. To disrupt the social order.

He know the box will make life better. But it will also make life harder. It may also kill him.

Once he decides he wants the money, he can’t go back. I need a saying like “thieves never prosper” or “careful what you wish for”.

What is the moral of the story. Otherwise it will feel like a series of events rather than a story.

His final decision…
>>>it is better to die than live on your knees.

Yep, that is correct. This guy goes from content to angry. He sees that he and the world is wrong. One or both need to change.

In a post-apocalyptic future, two men desperately needing money discover a box that contains either gold bullion or a terrorist bomb. They must figure out whether opening it will make them rich or dead.
(34 words)

* Re: “post-apocalyptic”. Or dystopian. Whatever.  My primary point is:  For the purpose of the logline –as distinct from the script –the politics  (right wing, left wing, buffalo wing) is extraneous. More important is to convey the impression of a story world of anarchy and disorder.

*Re: “desperately need money”.  Again for the purpose of the logline –as distinct from the script– why they need the money isn’t important. What is important is that their need is desperate.  Consequently, they are highly motivated to incur the risk.

*Re: “terrorist bomb” rather than the yada-yada about it being deliberately planted by terrorists.  For the purpose of the logline [brevity, less is more]  — as distinct from the script –I suggest the yada-yada may be optional. The motivations of the terrorists in planting  the boxes can be expounded in the script.  The motivations of the two characters is more important information than the motivation of terrorists.  (And in any case, the word “terrorists” connotes people who operate with malice aforethought.  So there’s that.)

*Re: “gold bullion” If it’s a time of chaos and disorder, isn’t paper money likely to be worthless? Gold, however, not only holds its value in times of uncertainty and disorder, it increases in value. So…

BTW: “Rich or dead” is a good, strong button beat to the logline.

Thanks.  Right-Wing fascism is different from Communism.  I was also hoping that it would give the feeling of fascism, death squads, secret police, etc.  Very world war two Germany.  So if you in lockstep with the Government no real disorder.  Perhaps ‘V for Vendetta” is a good example.

Dystopian money is important. Post-apocalyptic you are correct financial systems have broken down, so gold would be better.

Here is the revision I posted:

Two strangers discover a terrorist trap which is either a barrel of money or a bomb. One needs the money for his crime boss the other to escape poverty. They must open it to survive, but can’t bring themselves to do it.

Still not great.  But the script is killing it.  It is going into Austin this year as well as a few others.

The man doesn’t believe this in the beginning. But after having the opportunity for wealth tease him. He begins to see his life for what it is comprise and suffering. Here is the logline:

When a poor yet content man finds a box that may contain money or a bomb left by a terrorists, and after failed attempts to discover its contents he finally deciding it is better to die than live on your knees.

Thanks for any feedback. For tone think “Children of Men”. 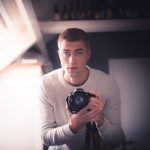 This logline totally explains the story from beginning to end and there is no reason for me to watch the movie.

Your story made me think of “In time” (2011) directed by Andrew Niccol. Also because you talked about the fact that getting rich is really hard and maybe accepting that we are poor is a better option. “In Time” is technically about someone getting rich and him discovering that the rich world isn’t the place where he wants to be.

Coming back on what mikepedley said that “I feel like if getting rich wasn’t his ambition, why would you go anywhere near the boxes in the first place?” I think the movie would be more powerful if in the end the box remains closed. If you build the story around all the times that the box almost opens but because of last minute choices remains closed, i think you would have a really tense movie.

I don’t know, i think you are on a really good path here. Keep going!

I am not a believer in the theory of not telling the story. If it was true, people would never adapt a book to a film. A producer has to read 1000 loglines in the search for her next project. Would she be bothered to contact a writer that can’t tell a concise and complete story?  Just my opinion.

The change in the character is from someone content to someone that is disillusioned with society.  Everyone that is angry at some point wasn’t. This is the making of the angry man.