Revised Logline…A young, bot obsessed girl, from an Australian/ Muslim family is a finalist for a Robotics Competition, but when her volatile, dysfunctional family smash her robot, she must rebuild it and her family to compete in a game that will put her to the ultimate test.

This has the basic ingredients for an interesting story.

However, rather than a freak accident, I suggest it would be more dramatically compelling if the destruction is intentional, deliberate by a family member who opposes her Westernized ways and aspirations.  There is — or ought to be– a cultural conflict of values, customs and identity going on in the family.

She may think it’s an accident only to find out it was intentional.

If that’s the way you’ve already framed the story, that she initially thinks it’s a freak accident (Act 1) only to discover later that it was deliberately destroyed (end of Act 2 reveal), I would still include it in the logline as an intentional act, not an accident.  Why?

Because it seems to me the cultural conflict is really the sizzle  — or ought to be.  It’s the plus factor that sells the story.  It’s what sets it apart, distinguishes from other stories about tech-savvy girls who aspire to a technical education.

The objective goal is to win the scholarship, but it seems to me that’s not the sizzle.  The sizzle is the  conflict between tradition and modernity going on within the family as they struggle to adapt to their adopted country.

See the revised version based on your feedback. Thanks it was really pointed.

It would be less confusing if you swapped “Afghan”for “migrant” as it is jarring when you mention Canberra. Also, this is a drastic Change from your last revision but imo a big step in the wrong direction. Building the robot should be the goal not fixing it as with this, she had built a robot before even knowing if she could get to the competition? 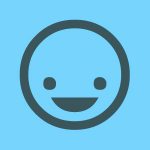 >>Building the robot should be the goal

Building the robot is a means to the desired end, an indispensable step to the objective goal.  Her Biggest Dream is not to build a robot but to get a university education..

For that she needs to win the scholarship– her family is too poor to pay her way.

To win the scholarship she needs to  win the contest.

To win the contest she needs to build the robot.

Objective goals are about going for the Biggest Dream.

I suggest reverse engineering the goal, motivation and inciting incident, in the current version there still is a lack of causality between them.

If her goal is to get the scholarship, what would be a logical obstacle for getting it? The robotics contest, not poverty.

What is a logical inciting incident to motivate her to enter the contest? The only thing I can come up with is the contest’s announcement – same as with Charlie in Charlie and the Chocolate Factory.

If she is poor then the odds are already stacked against her – building a robot isn’t cheap nor is it easy. Her being a migrant is an added obstacle, but the traditions of her family are not. She has already parted ways with tradition by choosing to enter the contest, therefore these traditions hold very little stake over her and the potential emotional hang-ups her family may have are incidental and need not be mentioned in the logline.

I have to say that I disagree that the traditions hold little stake, I intended for her to find out later in the story that the robot was deliberately destroyed by a family member, there is definitely a conflict that I am creating between old and new value systems that come with migrant families. The goal is to build a robot that will be good enough for competition but she needs help to study further, her parents can’t afford the program and not everyone is supporting, so the stakes are high, but so are the obstacles,  if she doesn’t get it then she might have to give up her dream.

I personally find her family traditions as very low stakes, and believe many in a modern society (i.e. your audience) would do as well, especially as she and her family live in a modern first world country – Australia.

As it will set her apart from archaic notions and antiquated beliefs, I suggest that the biggest stake in your concept is her university education. Gaining it will allow her to live in the modern world as an independent woman, and you never hear anyone complain about a story having too big a stake for the main character – in this case bigger is better.

However if the family tradition is what tickles your fancy, by all means…

After her father destroys her entry into a university robotics competition, a girl from a traditional Muslim family must defy her parents to build a second entry in order to win a scholarship.

Thats actually bloody brilliant, I was going to use the grandmother, for some reason I always pictured the father as being supportive but absent because he works so much I guess in a way breaking from the stereotypes, maybe just maybe if a Muslim man watches the film he may see the value in treating his daughter equally.

In saying that it’s all about what serves the story well, I can really see so much drama playing out in this Logline.

A massive thank you.

In the context of the protagonist’s family, recent immigrants to a strange new land,  traditions would be everything .  That’s the aspect of the story that most engages my interest,  the clash between modernity and tradition, the old and the new.   It’s an authentic complication, a major obstacle the protagonist will have to clear in her quest to go to college.  It’s what differentiates the story, sets it apart from other stories of young women struggling to go to college.

My take:
After her father destroys her entry into a university robotics competition, an immigrant girl from a traditional Muslim family defies her parents to build a second one to win an engineering scholarship.
(32 words)

This is a film I would like to see.  Best wishes with your script.

This was similar to Nir’s feedback as well, it really nails it, you are both amazing I owe you a HUGE thank you.