After his wife and childhood dies unexpectedly from an illness, a Marine gains the ability to time travel so that he can remember all the times he spent with her.

Too vague, too general. There’s no hook. and there’s no plot, just a hint of a story.

And a logline is a statement of a plot, not a story. What is the difference between a story and a plot? Well, as the English novelist E.M. Forster said in “Aspects of the Novel”:

There is no causality, no chain of cause and effect in this logline.  There is only a sequence of events in time. Two characters fall in love. One of them dies. End of story.

A logline must be a statement of causality: because X happens (aka: the inciting incident), Y character must do Z.

Your logline: “Two childhood friends become lovers until one of the dies unexpectedly.”

Currently your logline only states an event…

Event: Protagonist’s lover dies. Dies of what, murder, illness, accident, suicide? Dies when, at the inciting incident, midpoint reversal? We need to know the specifics of this and most importantly HOW it changes the protagonist’s life.

As it stands this a merely stated event happens which makes your logline read like a thing of the past, well before it has even started.

Please refer back to the logline formula and when writing your next logline start with this list:

(I’ll exclude the stakes in this list because they can be hard brainstorm for, rather they seem to come naturally when you understand the first three elements of your story.) 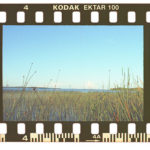 This is not so much for this specific logline but rather your overall logline writing skills, and so here are some important resources to further your understanding of a logline:

I like where this is going but I think there needs to be more.

Here. I changed it.

After his wife dies, a Marine with PTSD struggles to raise his daughter.

That, in 13 words is the the essence of the premise.  For the purpose of a logline, the rest is extraneous yada-yada..

He has the ability to time travel.

He has the ability to time travel.

Then the genre is SciFi, not romance.

And time traveling should be in the logline.

(Time traveling to do what?  What is his objective goal?)

What is the objective goal?