When a contract killer murders the wrong person, he must hire a body guard to protect himself from his own employer. 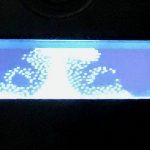 Is the contract killer the lead character or the bodyguard?

Also; your logline, (as written) is reactive, not proactive. Does the lead character have a goal? Is there some way to ‘make it right’ when it comes to the botched hit?

Is the hiring of the bodyguard the story? A bit like forming the group of strippers in “the full Monty”?

“A hitman and his bodyguard have to ….. while fighting off killer sent after the hitman kills the wrong person.”

One more thing, in the movie “The hitman’s bodyguard” The goal was to get the hitman to a trial, to put away some very bad people. A proactive goal. This would be a good example of what I was talking about above; about a pro-active goal for your lead character.

Agree with Richiev.   It’s better if the logline frames the plot with the protagonist having a proactive goal.  Hiring a bodyguard seems to put the bodyguard in the pivotal role, the key character in how the plot plays out.  The hitman comes off as weak,  appearing to hide behind the bodyguard.

I agree with all of the above. The bodyguard steals the action and the hitman feels weak and passive.

I am interested in the bodyguard, if the body guard proves to be a complimentary character in a buddy movie. For example, in case of a comedy:

When a perfectionist hitman kills the wrong person, he must escape his mafia boss employer with the help of a haphazard bouncer.

OK, it probably is totally different from your intentions, but it’s an example where the two characters compliment and contrast each other.

Otherwise, as long as the hitman is the protagonist, the bodyguard is secondary and should not steal the show.