When a mysterious woman threatens to break everything he has strived for, Aldrin must either overcome their differences or the hopes and dreams of his people will die with him. 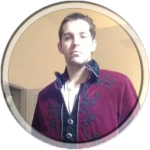 THIS LOGLINE HAS BEEN DISCONTINUED AND COMPLETELY REPLACED!!!!

I was unaware that there was a preferred method to how people expect new updated loglines to be posted and thus without thought, posted a new one in a new conversation. Please follow the provided link to the updated logline and catch up on that conversation before commenting here. Thank you!

“When a mysterious woman threatens to break everything he has strived for, Aldrin must either overcome their differences or the hopes and dreams of his people will die with him.”

“When a mysterious woman threatens to break everything he has strived for,” is not an inciting incident. An inciting incident for a logline should describe a clear, singular event. The second half of the logline also suffers from not describing a clear, visual representative of an objective goal.  Another note is that the logline is in the ‘fantasy’ category yet nothing in logline suggests the story is a fantasy tale.

To help with your loglines, I suggest you read the formula tab at the top of the page, and also read other people’s loglines, and attempt to give your own reviews for them. Read through the feedback others receive to help you understand logline structure, and because you will likely receive similar feedback.
To emphasize that last point, I will include some of my feedback from a previous review – For a revision, please consider these elements:
Inciting incident – what is the single event which upturns the protagonist’s life and forces them to pursue their goal? (For example, in “Star Wars” this would be when Luke Skywalker’s aunt and uncle are killed by Stormtroopers.)

Protagonist – No need to include a name in the logline unless it is a historical character or pre-established character. Consider describing the character with a trait or condition, possibly something which implies a character flaw. (Example:  a stubborn politician).

Goal – what must the main character accomplish, what does the inciting incident make the protagonist have to do? This drives the main conflict. (Example: In “Star Wars”, Luke Skywalker must help the Rebellion destroy the Death Star.)

Keeping all of those components in mind, what is the hook of your story? What makes it unique or interesting? What aspect is going to get someone’s attention and make them what to read a script?

I hope this helps.

It helps yes, but it also leaves me stuck. You ask what the hook of the story is, but the problem there is that tends to be based on Point of View. What hooks one person might not hook another. If I were doing this for a novel this would be a piece of cake under the advise you gave, Not being restricted to one or two lines, there is more flexible room to include more than one ‘hook’, allowing me to appeal to a wider range of an audience. None the less, your advise is heard but that leaves me with several possibilities of a logline.

And noted, do not mention character name. Understood.

My problem for this stands with “When a mysterious woman threatens to break everything he has strived for… ” I could not think of another way to word it. The Protagonists action in saving the woman’s life is what sets everything in motion. I tried replacing this with “After saving a mysterious woman…”but got stuck. It didn’t feel fitting to me. Despite being, really, the singular event that causes the story of Heir to the Eternal Throne to unfold.

Bla, I will just have to think it over some more and attempt a second take on it. And I do/have read other loglines. I have not judged any myself simply because I don’t believe I am at a point of understanding this to really be a reliable source of advise on these. I will practice more and continue reading others for now. When I feel like I got a good grasp on how its done then sure, I will be happy to review other loglines.

thank you for your review and advise. Best regards.

What has the lead character strived for?

Since the antagonist wants to break everything the lead character has strived for, knowing what that is will give us the stakes. And telling the reader what’s at stake will hook the reader.

Vague is bad, so it is better to tell us what the stakes are so we can sympathize with the lead character.

When the woman whose life he saved threatens his (Marriage? Job? Youtube channel?) a (High powered businessman?) Must… (Then tell us what he must do)

Thank you for your advise.
I must inform you however this logline has been scrapped and redone. A newer version that I feel is more appropriate to the story has been posted. Trying to find a means to delete this one but have not found the button for it yet. Thank you for your advise though and I will still keep it in mind as I continue to practice and improve my skill at this.