When an idealistic attorney discovers the man she freed from prison is a cold-blooded killer she chooses payback over ethics and mounts a stunning plan to put him back inside.

can someone come up with better word than payback? Maybe morals? She obviously doesn’t want a killer on the street, and she’s pissed she spent years working pro bono to get him out.

I like the set up, that she discovers her idealism has been betrayed, that she’s freed a man guilty of a vicious crime.  What would complete the logline is a more specific statement of her game plan , the course of action she will take to put him behind bars.

I like this a lot! I recommend very little: just pare it down a little to put more focus on the key points. The following is one word too long (you want to aim for 25 words), but tells the inciting incident and the stakes without being too specific.

When an idealistic attorney discovers the prisoner she freed is a cold-blooded killer, she must risk everything to put him back inside before he kills again.

Perhaps you can use the word ‘retribution’ rather than ‘payback’? I would also change ‘put him back inside’ to ‘reincarcerate him’. ‘Stunning plan’, I would use a different word (or words) besides ‘stunning’, a word that relates better to what exactly her plan is.

How does she discover that he is a killer? Does he kill someone she knows… best describe the specific event that motivates her.

How will she put him back inside? What she does will, to a large extent, help a producer envisage the main action in the film.

Thanks everyone. This is still seedling of idea so still working on her game plan. Really like your probative questions. I’ll circle back once I crystallize plot!

What happens if she doesn’t succeed in her plan? 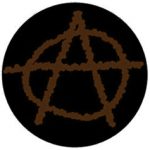 It’s a little clunky, in my opinion. The general plot you’re conveying is good, but changing various words I think will give you something more strong and succinct. “Cold-blooded killer” could be replaced with “guilty” for example. The use of the word “chooses” seems to provide less of an antagonistic plot force, because it doesn’t convey she’s struggling to come up with a plan, but just bada-boom there’s a plan. So if her coming up with a plan is really that simple, then I’d ax it because its not a major plot point. If the antagonistic force is executing the plan then that’s what I’d focus on. Furthermore, how is wanting to put him back in prison, when he is in fact guilty, not ethical? Clearly, it must be because whatever her plan is is not ethical, but that’s not super clear.

So: “When an idealistic attorney discovers the man she freed from prison is guilty, she struggles to execute a nefarious plot to put him back behind bars” would be my recommended logline.

Thanks for comment. I mean it would be an unethical for a defense attorney to try to put her own client in prison for that crime. Even if she found smoking gun evidence, she’d be obligated to keep her mouth shut. And he’s already been found not guilty in retrial in my scenario so double jeapordy.. So what’s she going to do? Maybe secretively set him up for a crime he didn’t actually commit (thus putting a killer in prison). That’s the idea I’m toying with. You know there’s that Richard Gere/Ed Norton movie where Gere the atty realizes Norton is guilty in the final minutes of the movie – and there is t a darn thing he can do about it. My idea is starting at the point in Act 1. And figuring out a way to get him. I actually spent 12 years as a lawyer getting a convicted murderer out of prison (she was definitely not guilty!). And thought occurred to me- how would lawyer feel if then she found out her client was guilty? And what lengths could someone go to in movie land to correct it?

“When an idealistic attorney discovers the man she freed from prison – and later married – is a sociopathic killer, she sets him up for a murder he hasn’t yet committed.”

Thinking of adding the married part back in for further motivation, tension, and a reason why the characters are even around each other. Because normally a lawyer wouldn’t even be around an ex-client, and this way I can turn him into a violent abuser.

Thinking I’ll have her hide another victim that he’s beaten into an inch of her life, but my lawyer won’t succeed in that plan. She’ll eventually succeed in setting him up for her OWN murder and get away with his $$ and maybe a child. The child would provide that extra motivation to get the hell out and put him behind bars.

I think this is the best version of this logline yet. I feel the ending to your logline ‘a murder he hasn’t yet committed’ wouldn’t really make sense in regards to how you are currently picturing the lawyer’s plan. Since he doesn’t actually commit her murder. To make that part more accurate, I think it could be cool if she messes with his life and frames him so bad for so many things that he ends up committing suicide rather than a lifetime in jail.

I like the idea of the child being added to the story for extra motivation and more sympathy for the mother.